January 18, 2016
Dolphin Inc. (formerly www.dolphinsoft.com) was a boutique educational software company that worked primarily for educational publishers including McGraw-Hill, Pearson, Houghton Mifflin, and Educational Testing Services (ETS) creating software for textbooks and other educational products. Dolphin's work was nominated for Codie awards several times and the Criterion product by ETS (Dolphin worked on the web interface) was awarded a Codie in 2005. At its peak Dolphin had approximately 40 employees.

The first products developed by Dolphin were on MS-DOS and the Apple II (6502 assembler!) in the 80s and the company migrated with technology into Windows and Macintosh software and then to web-based products.

The company was acquired by Byron Preiss Multimedia in approximately 1996 and then when that merger unwound, the company was sold to American Education Corporate (AEC) in approximately 1999. Dolphin continued to develop product for external clients until 2005 when the missions was changed to working only on AEC internal projects. AEC was subsequently purchased by K12.

Some materials including screen shots from software products can be found on Dolphin's Facebook page. 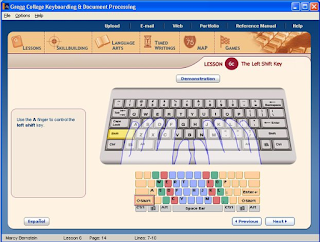